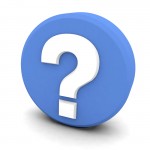 Feel free to add your questions in the comments section below.

What is the best time to practice oil pulling?

Who can practice oil pulling?

How much time gap is required to eat or drink after oil pulling?

After doing oil pulling, wash your mouth and then you can eat or drink and no time gap is required.

What other oils can be used for oil pulling?

Dr Karach had suggested Sunflower Oil. Sesame Oil was prescribed in Ayurveda texts for oil pulling. Both oils worked well in curing health problems. Some found sesame oil better. Other oils have been used by some practitioners on their own and they did not report desirable results to enable me to recommend. Some other oils may be suitable for particular problems but I do not recommend for daily practice.

The quantity of 10 ml of oil is too little for oil pulling. Can we do with 20 ml of oil?

When we do oil pulling the entire oil should become thin, like water and no oily feeling should be left. When that happens we would have utilized the entire oil for the purpose of oil pulling. This happens within 15 to 20 minutes for most of the people. If the quantity is increased it takes more time to become watery and white and many would not like to spend more time on pulling. Spitting when it is still oily is waste of oil and a feeling of freshness does not come which is not desirable. If you feel a few ml of more oil is required try, there is no harm. This is also the reason for suggesting only five ml of oil for children.

Can we do any other work while doing oil pulling?

No. It is advised to do oil pulling slowly, chin up preferably in sitting position, to see that oil pulled through teeth and touches all portions of mucous membrane in the oral cavity.

Is there any difference in the practice of oil pulling for Acute and Chronic diseases?

Acute diseases will be cured in two to four days by practicing oil pulling three times a day on empty stomach, before breakfast, lunch and dinner. Chronic diseases need more time may be up to one year or more depending on the condition of disease, age, habits, state of general health of the person, etc. 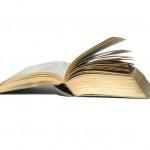 What problems arise during oil pulling? (a) Oil does not become watery or thin even after 30 minutes and it appears the oil is being absorbed and it reduces in quantity (b) Nose block due to accumulation of mucus (c) Sneezing and coughing (d) Phlegm in the throat gets loose and comes into the mouth (e) Urge to pass urine or stools.

(a) Oil does not become watery because there is inadequate salivation and mouth is dry. In most cases, it happens in the morning and in some cases evening also. Under normal circumstances oil will not get absorbed in the mouth. Main reason is lack of adequate salivation due to lack fluids in body. In all such cases you must drink two or three glasses of water, go for a walk of 30 to 45 minutes and do oil pulling after returning.

(b) To avoid nose block during oil pulling wash, clean and blow your nose before starting oil pulling. Slowly blow out nose to clear while holding the oil in the mouth. Repeat if necessary as you continue oil pulling.

(c) Sensation/irritation may cause sneezing or coughing while doing oil pulling. Do oil pulling slowly in a relaxed state to avoid such irritation. Stop pulling and relax as irritation or sensation to sneeze is felt. It will subside. You can sneeze or cough while holding oil in mouth. If you have to sneeze or cough through mouth do it in the sink or some such place to avoid oil driblets spray all over or cover mouth with tissue paper.

(d) If phlegm comes into the mouth, making pulling inconvenient, spit and do pulling with fresh oil again.

(e) Urge to urinate or pass stools will arise only if you have not gone through nature’s calls before oil pulling. In all cases of urge to pass stools or urinate during oil pulling, the best is to relax on the commode and do oil pulling.

How long will it take to cure a particular disease?

How long it takes to cure a particular disease is difficult to specify because it depends on the age, state of health and disease, food and other habits etc of each person. Dr Karach however said that chronic diseases may take a year whereas acute diseases can be cured in 2 to 4 days. Practice until the original strength, freshness, calm sleep, good appetite and good remembrance is back again

Are there any side effects of Oil Pulling?

Diseases get aggravated due to climate, food, water, air or mental state. Be aware and conscious of such causes so that you do not mistake them to be side effects. In some chronic cases there may be a reaction- an apparent aggravation before cure and it is not a side effect. It is the stage when the body is regaining the normal healthy state from a diseased condition-some what similar to healing crisis in naturopathy or homeopathic aggravation.

Are there restrictions on the use of medicine or treatment during Oil Pulling?

There is no restriction on the use of medicine or treatment. During chronic diseases and medication, Oil Pulling reduces the side effects of drugs. As you improve, based on your own symptoms reduce medicines over a period and stop completely. This will ensure that the disease is eliminated from the body and the body repairs itself to a perfectly healthy and normal state.