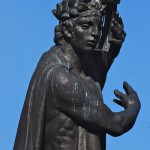 All different treatments sold to cure diseases ignore or ignorant about the built-in wisdom, capacity and power of the body to cure itself if given time and support. A WHO report states that 80 % of world population relies on natural healing as their primary form of health care. Oil Pulling stimulates and supports the healing system of the body in curing all diseases.

WHO report and statistical studies above show bacteria/viruses and toxins they release from the disease spots in the dental plaque, gums and mouth finds a way to the blood stream and cause different diseases in separate parts of the body. The cure of gum diseases shows that body’s intelligence and nervous endocrine and immune systems are stimulated by Oil Pulling to produce antibacterial, anti-inflammatory, pain killer and anabolic chemicals to cure and heal the gum diseases. Testimonials received indicate and confirms the effectiveness of OP in curing not only diseases of gums and teeth but also all other diseases as well.

The body’s intelligence uses the same methods adopted to cure gum diseases to cure other diseases any where in the body stimulated by Oil Pulling. I have devoted a full chapter in my Book 2 on OIL PULLING to explain in detail how the body biologically cures itself by OP as per established systems of treatments.

The testimonials from people after practising OP narrate how they suffered without relief but were cured only by OP. I had the good fortune to meet a number of people who had personally related the cures of their diseases during my lecture tours to propagate OP, in India and to a few in US.

Survey report given separately, (and Medical report and Case study of 150 women both reports included in Oil Pulling Books), confirms cure of common and chronic diseases.